Every family has their own Goda Masala Recipe. This recipe gets used in most dishes daily. Whether it's lentils (Amti), sprouts, salads (ussal), or Masalé bhat, this Goda Masala (sweet masala) or Kala Masala (black masala) as it's sometimes referred to, gets added in pinches and spoons.

Okay, let's be honest. I just wanted the masalé bhat and you can't make it without this spice mix. So I decided to either make it or stop moaning on about the rice.

So I made it, and it turned out well. The recipe below makes enough for one batch of masalé bhat and can be doubled, but since it's cooked in oil, you want to use it within a month or so.

What Do You Need To Make Goda Masala?

How To Make Goda Masala

The picture below shows how browned you want your coconut and other spices. If in doubt under-cook -- but do not burn.

LOOKING FOR A GOOD PLACE TO USE THIS SPICE MIX? TRY OUT MY MAHARASHTRIAN MASALÉ BHAT RECIPE!

If you love the way this Goda Masala recipe turned out, make sure you share it with your friends on Facebook and Pinterest so they can make it too. 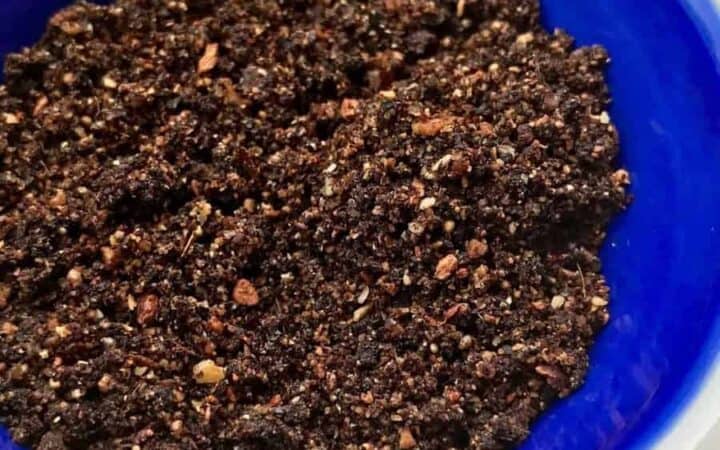