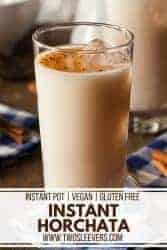 This Instant Horchata recipe is as delicious as the original with less sugar! And with a little help from your Instant Pot, it's super quick to make!

I love horchata but I can't drink the one you get in restaurants because of all the sugar. The mixes are fabulous, but once again, too sugary.

I tried making my own with raw rice, and honestly, while it turned out very tasty, it was not something I could see myself doing very often. It requires planning if you're going to do it right.

Soak the rice for hours. Blend, and then let it sit for hours and then strain. I mean, worth it for a special occasion, but not something for every day. That's why I came up with this fantastically simple Instant Horchata recipe!

How To Make Horchata In Your Instant Pot

I've also tried making this in my Instant Pot Ace Blender and it turned out delicious.

So I gave it some thought and realized I was overdoing this. What are we trying to do? Essentially we're trying to make rice milk. Guess what? You can BUY rice milk. Already made. I wondered if it would work as well? All I'd have to do is add cinnamon and infuse the cinnamon into it.

I know how to infuse flavors quickly--you use an Instant Pot. Once I started making my iced tea in an Instant Pot, I know I'll never make it any other way. So I used the same principle of tea making to instant horchata making.

The end result has no added sugar because I used a sweetener. It's a little thinner than store-bought horchata, I suspect because of no real sugar or perhaps flour fillers? I'm not really sure. It's thinner but it tastes good. So unless it's a special occasion, I think this is how I'll be making it.

This lower-carb Instant Horchata is so simple to make that you'll never want to drink store-bought again. Make sure to share this recipe with your friends on Pinterest and Facebook so they can enjoy it as well! 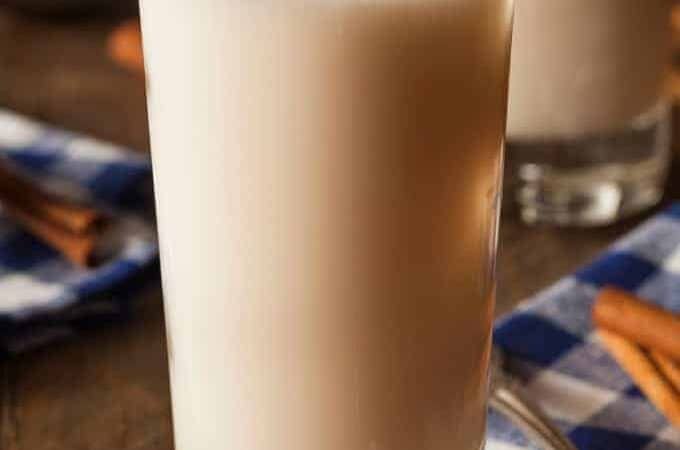