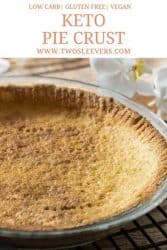 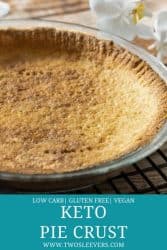 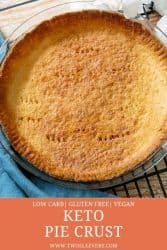 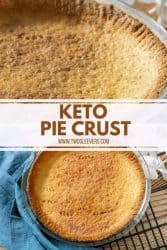 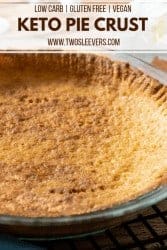 Let me tell you, it's not easy to make a healthy pie crust. At least when you're creating your own recipe. It took a few trial and errors to land this perfect Keto Pie Crust. It was well worth the effort--and guess what? No rolling required!

A low carb lifestyle can be tough sometimes. It calls for a strict focus, especially at first, since there can be quite a few details to remember and include. However, it gets easier the more you learn about it and the more you find recipes like this Keto Pie Crust to make the holidays and special occasions easier to stay on track.

There were some recipes I just wouldn't make because I wasn't a fan of them without a crust. However, I was elated when I landed this Keto Pie Crust because it changed my recipe game dramatically. I bet it will change a few recipes for you too.

What Makes This The BEST Keto Pie Crust Recipe?

Do you know what I love about this recipe?

No rolling out the dough.

Yup and I will tell you why.

I actually really suck at rolling out pie dough. But I mean, REALLY suck. I don't have the patience, I don't have a light enough hand or pie crust just hates me, I'm not sure which it is.

But it's an exercise in frustration for me.

So when I made this Low Carb Pie Crust recipe, I wanted one you could simply pat out. I'm a really good patter. What I lack in rolling abilities, I make up in patability!

This super easy pie crust is one where you just mix up a bunch of ingredients in a bowl, and then you start patting.

Which is also a great time to get kids involved, and I just think holiday cooking is so much more fun with kids. I am an empty nester this year and I miss my boys so very much!

What Kind Of Low Carb Pie Can You Make With Keto Pie Crust?

If you were trying to stick to your keto diet during the holidays, this Keto Pie Crust will help. It definitely makes the idea of not eating traditional pie much easier. It's a "must try" kind of recipe. 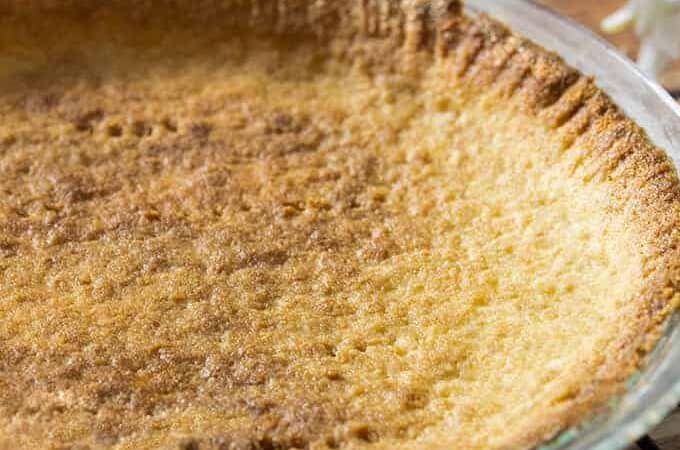