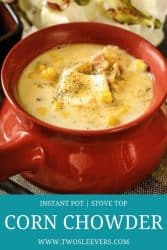 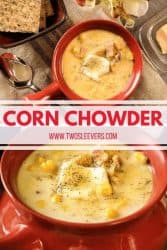 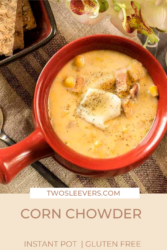 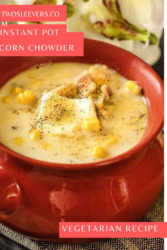 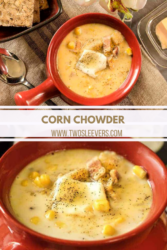 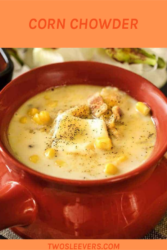 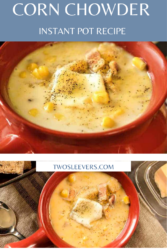 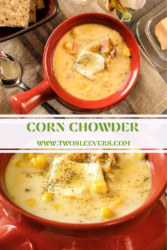 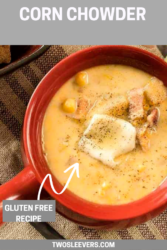 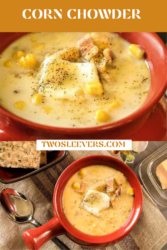 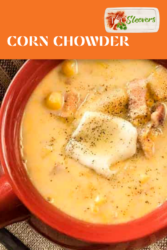 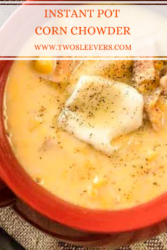 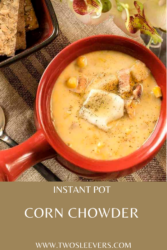 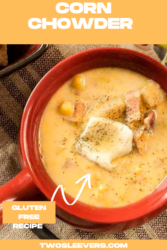 Have you ever made Instant Pot Corn Chowder? It's perfectly sweet and salty and pulled together beautifully with a creamy finish. Make it on your stove or in your Instant Pot!

What Makes This Recipe Unique?

This isn't just any ordinary Corn Chowder recipe, because that's not how I do things. The secret is that it has bacon in it, which makes it twice as amazing as a traditional version.

If you've never had a really good Corn Chowder recipe, you're missing out. This is a classic chowder recipe that's smooth and creamy. It's the kind of dish you'll want to make extra of so you have leftovers. Add bacon to that, and you've made a dish everyone is sure to enjoy.

Why Should I Make It In The Instant Pot?

I love using pressure cookers for soup recipes. A lot of the flavor in soups comes from good, hearty broths. My problem is that I hate making a deep, rich broth first, and THEN making a soup out of it. It's just too many steps and much too much planning for me.

Pressure cookers are great at infusing flavor into stocks quickly. When I make soup in my Instant Pot, I'm getting a two for one--I'm making a rich broth but also cooking the other ingredients for the soup at the same time.

I find that the same is true for vegetable broths and spices in that broth. Deep, rich flavor, no need to make the broth separately, and often, just a pour and cook recipe. It's hard to argue with efficiency of that sort, isn't it?

Now sometimes, just to get a double whack of flavor, I do use chicken stock or this chicken bouillion powder. I mean, I feel like the more flavor the merrier. So for this recipe, that is what I did.

Believe it or not, there are only four simple steps to make this recipe. This makes it a fantastic meal for beginner Instant Pot users and meal prep.

How To Make It On The Stovetop

How Do You Thicken Corn Chowder?

How do I do that? It's simple. Just use an immersion blender. You can either take half of the Corn Chowder out of the pot and puree the remaining half or you can use the immersion blender sparingly in the whole pot of chowder, making sure you leave plenty of chunks of corn and potato.

What To Serve With It

If you're looking for ideas to serve with your Corn Chowder recipe, here are a few of my favorite things to eat with it:

Can I Make This A Vegetarian Corn Chowder Recipe?

If you're vegetarian or avoid pork, all you'll need to do is leave out the bacon and substitute the chicken broth with vegetable broth and you will still have something lovely.

How Long Does It Last?

Corn Chowder is a great meal prep option because it stays just as delicious as the day you made it for several days. For the best flavor and texture, enjoy any leftovers 3-4 days after it is cooked.

Yes, you can freeze corn chowder. Just be advised that the texture of the potatoes and dairy can change once they are frozen. For best results, remove the potato chunks from the leftover soup (or omit if you're making ahead for a freezer meal). Add fresh potatoes in when you reheat the defrosted Corn Chowder.

To freeze, place the chowder in a freezer-safe container or SouperCubes. I prefer to freeze it in single portions for a quick lunch or dinner option since smaller portions defrost quicker than one giant block. This chowder recipe lasts up to 3 months in the freezer.

Whether you make this lovely Instant Pot Corn Chowder now or save it for later, you're going to love it! It's creamy and delicious, and not at all difficult to make. I can't wait to hear how you like it. 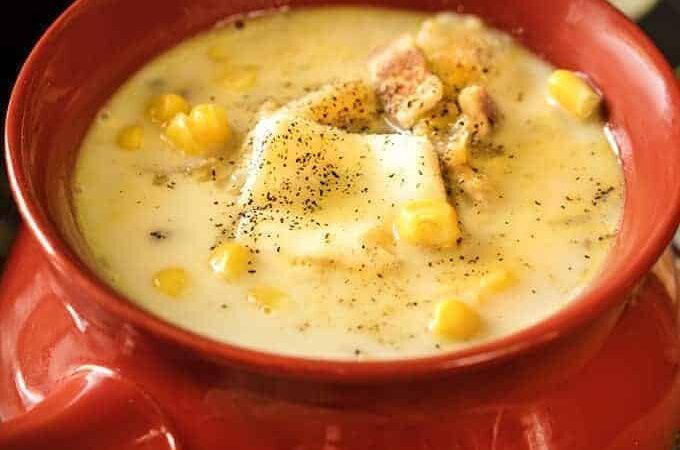