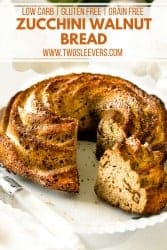 Keto Zucchini Bread with walnuts is not only Keto, but it's DELICIOUS! Made with an almond and coconut flour blend, this recipe is delightfully low carb, but still just as crave-worthy as the zucchini bread you grew up eating.

I was so excited about this recipe, I ate a slice before it could be photographed. Oops. It was SO worth it.

Hey, I had to test it before I photographed it, right? After that, it was difficult not to eat another slice because it was so yummy.

In addition to this Keto Zucchini Bread being delicious and just the most perfect texture for a quick bread, the walnuts add such a nice touch. The semi-crunch it gives the bread a great texture.

Walnuts are also low in carbs and high in fat, which makes it great for if you're doing Keto and having a hard time hitting those fat levels in your diet.

This Healthy Zucchini Bread has just the right amount of sweetness. It's also great slathered in butter and eaten warm from the oven. I know this because that's exactly how I had my first slice, and it was incredible.

What Is In Keto Zucchini Bread?

If you are on a keto or low-carb diet, you will probably have some of these substitutions in your pantry. If you are new to a keto lifestyle, now is a good chance to stock up on some soon to be staples!

Many people ask if there are too many carbs in zucchini for it to be a Keto staple. Zucchini is one of the most keto-friendly vegetables you can have on a low carb diet. With less than 4 grams toal carbs and less than 3 grams net carbs, you can have zucchini

Is This Gluten Free Zucchini Bread?

Since I chose to use a mixture of coconut and almond flour instead of traditional flour in this low carb zucchini bread, it is a gluten free recipe.

How To Make Keto Zucchini Bread

This Zucchini Bread will be a staple for your Keto kitchen over the summer when zucchini is plentiful. It's not a difficult recipe and doesn't have a ton of weird ingredients, so even if you're not a confident baker, you can make this with success!

Zucchini bread is a great way to enjoy one of your childhood favorites without sacrificing your low carb lifestyle. If you enjoy this recipe please share it with your friends on Facebook and Pin it to make again later. 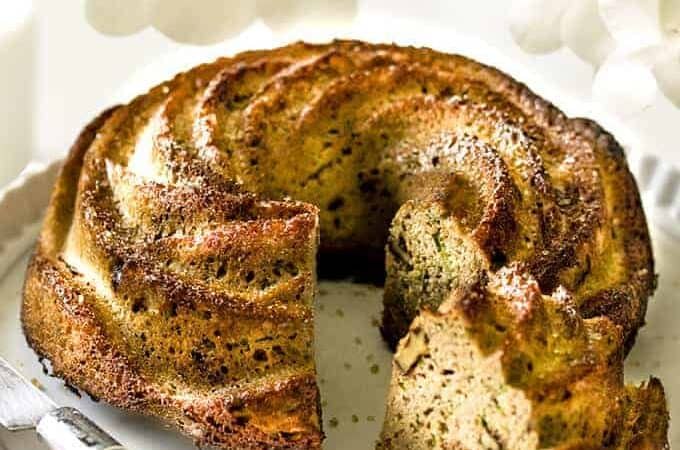