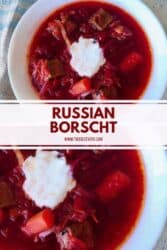 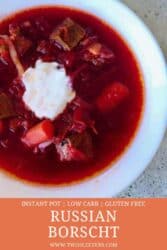 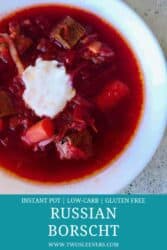 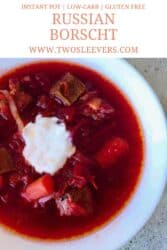 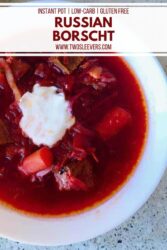 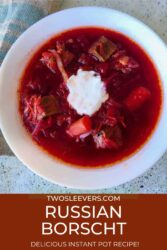 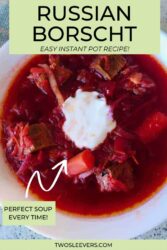 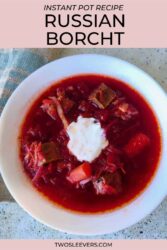 This authentic Russian Borscht recipe has been simplified for your Instant Pot or pressure cooker to give you the traditional taste you want without spending half the day making it!

Is Borscht Russian or Ukranian?

Russia is known for its delicious borscht recipes. However, you will also find just as many amazing Beetroot soup recipes in Ukraine. This is most commonly known to be the place the recipe originated.

A Russian borscht recipe is basically a slightly sour beet soup that is popular in much of Eastern Europe. When we think of a Borscht in the United States, we often associate that with a soup with beet in it. But in fact, Borscht can also be made with a variety of different ingredients.

Really, there are as many good Borscht recipes as there are families who make them. So once you try, and enjoy, this authentic Russian borscht, feel free to add other ingredients such as potatoes, hard-boiled eggs, julienned parsnips, etc.

How To Make Beetroot Soup

Someone in my Facebook group asked for an authentic Russian Borscht Recipe. Mila Ioffe, who is Russian, posted her beetroot soup recipe and we all got quite excited about it. My husband has spent quite some time in Russia and has spoken fondly of the Borscht he has had there.

So I was motivated to try Mila's Russian Borscht recipe. But she warned me it was quite time-consuming. I decided to adapt it to the Instant Pot and reduce as many steps as I could without compromising flavor.

The first thing I did was got rid of the steps where you made stock separately, the beets separately and cooked the stock in one pan and the vegetables in another pan. I also omitted the potatoes from this soup to lower carbs a bit.

How Do You Eat Russian Borcht?

A lot of people choose to eat Russian Borscht cold in the warmer, summer months. In the colder months, most people prefer to eat it hot. It's honestly delicious no matter what temperature you eat it.

I do think that this does have the authentic Russian Borscht flavor but I definitely didn't spend half the day making it. I do hope you'll try it and report back. If you love it, make sure to share this recipe on Facebook and Pin it to make it again later. 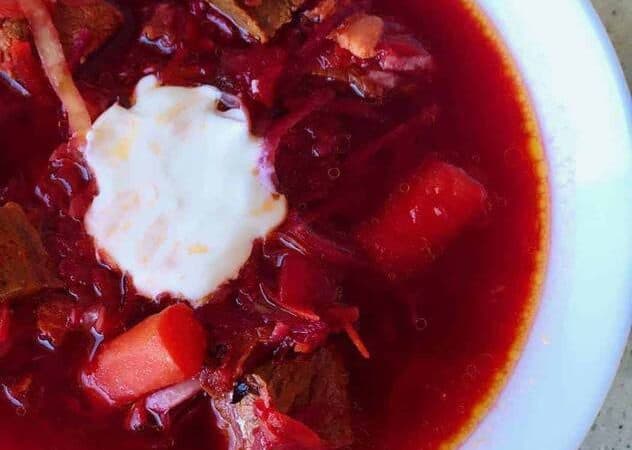 For the first Cooking Cycle

For the second Cooking Cycle

Beet Soup Recipe- A classic Russian recipe everyone will love.