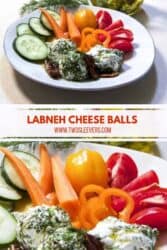 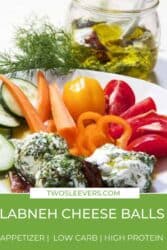 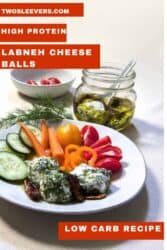 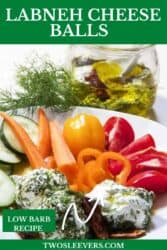 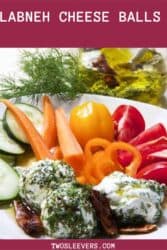 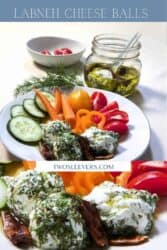 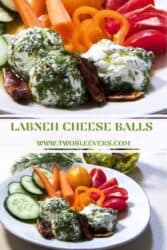 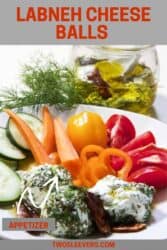 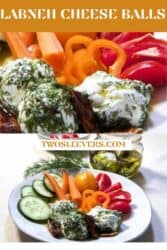 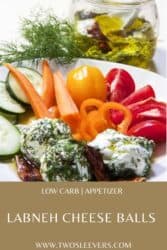 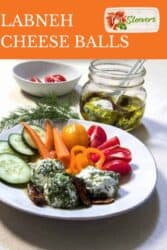 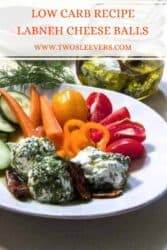 If you're looking for the perfect low carb appetizer or snack, Labneh Cheese Balls are the perfect solution for your cravings. Serve it with your favorite veggies as a dip or as a low carb spread on a lettuce wrap or sandwich.

What Makes These Labneh Cheese Balls So Great?

Once you start making homemade greek yogurt, it opens the doors to making Labneh Cheese Balls, which is a yogurt cheese with multiple uses.

Labneh is a thick and creamy yogurt-like cheese that is made by straining Greek yogurt until it is almost completely rid of all liquid.

Where Did Labneh Originate From?

While there is no specific evidence to prove where Lebneh originated, many people believe that it came from a large area in the Middle East that includes Lebanon, Syria, Israel, Jordan, and Palestine.

Is Labneh The Same As Cream Cheese?

One way to think of it is as a substitute for cream cheese, except I've typically not seen it used as a sweet substitute, but rather more of a savory one. You can of course combine it with honey, cranberry chutney, or peach chutney for a sweet treat.

Is Labneh Healthier Than Cheese?

How To Make Labneh Cheese Balls

Making Labneh is not complicated, but it does require patience.

See what I mean about patience?

How To Strain The Yogurt To Make Labneh

There are two popular strainers that I can recommend for making the Labneh Cheese Balls.

But if you're not sure about any of this or want to try out this Labneh recipe without waiting for your new kitchen gadget to come in the mail, you can use a large coffee filter to strain the yogurt.

Tips and Tricks For Making Labneh

How To Serve Labneh

Labneh, as it is made by just straining the greek yogurt doesn't have a long shelf life. After the liquid is strained from it, it only has about three days of high quality life.

There are ways to preserve Labneh in oils, but that is something we'll discuss on a different day. This recipe makes a relatively small amount of Labneh so you should have no trouble finishing yours before it's time to toss it.

If you try making your own Labneh Cheese Balls and love what a delicious snack they turn out to be, make sure you share the recipe with your friends on Facebook and Pinterest so they can try their hand at making them too.

For the Flavored Oil

For the Flavored Oil

I'm not 100% sure about the nutrition for this recipe: